Ten Things to Watch Before Starting Your Musical Theatre Course

Frequently asked questions such as “what should I watch?”, “what should I read?" and “what should I do?” from those about to embark on our own 1-Year and 4-Month Musical Theatre Courses - we thought we should all sit down, have a scratch of our heads and come up with some ideas. What we’ve come up with is by no means definitive, and although the exclusion of one or two pieces was hotly contested and not without the odd heated discussion, everything that has made it on our list gets the seal of approval from at least a majority of us here at Associated Studios. Now, get the popcorn in the microwave, find a blanket, call your loved ones to tell them they shouldn’t expect to hear from you for at least a few days, and prepare to be entertained…Broadway: The American Musical (PBS series, 2004)

This exceptionally well made series actually tells two stories; the roughly 100 year history of musical theatre as we know it, and also its relationship to the 20th and now the 21st century.  The six-part series begins with the immigrant experience in America at the beginning of the 20th century, when a melting pot of voices and style gave birth to a new, and popular form of entertainment, and ends with the Broadway Musical of today, where big budgets and classic revivals compete for audiences and box-office sales.  A must see for anyone looking to understand the history and social context of this most complex of art-forms. (Full series on YouTube: https://www.youtube.com/watch?v=JNgE085lJZUO)Singing in the Rain (1952)

Written and produced directly for the screen, this masterpiece has been adapted for the stage where it has enjoyed major productions on Broadway and the West End.  Watch for the remarkable choreography (created by star Gene Kelly) including a flashy cameo from Cyd Charisse in the ‘Broadway Melody’ ballet.(Extract: https://www.youtube.com/watch?v=D1ZYhVpdXbQ)West Side Story (1961)

Adapted from Jerome Robbins’ game-changing 1957 production, preserving for all time the astonishing choreography of Robbins, the dynamic score by Leonard Bernstein and a young Stephen Sondheim’s punchy and timeless lyrics.  Listen for the beautiful vocals of Marni Nixon, who aside from dubbing Natalie Wood here, also provided vocals for Deborah Kerr in The King and I and  Audrey Hepburn in My Fairy Lady and even Marilyn Monroe in Gentlemen Prefer Blondes. Watch for a star-making performance from Rita Moreno, who walked away with the Oscar for her incarnation of the fiery Anita. (Extract: https://www.youtube.com/watch?v=9K_4ZaMc1-4)Every Little Step (Documentary, 2008)

This fly-on-the-wall documentary follows the process of casting the most recent Broadway revival of A Chorus Line, examining the history of this unique piece of theatre, as well as getting to know many of the hopeful dancers who become part of the story, all hoping to be part of the show.  A wonderful insight into the process of  mounting a production of this size, and just what people go through to get their name ‘in lights’.  Inspiring and moving, a must see for triple-threats, and anyone who loves theatre. (Trailer: https://www.youtube.com/watch?v=-jn9qQATNRs)Cabaret (1972)

The film which made Liza Minnelli a star, is loosely-based on the 1966 Kander and Ebb musical of the same name, retaining many of the songs and adding new ones which have become standards of the audition repertoire and concert platform including ‘Mein Herr’ and ‘Maybe this Time’.  Bob Fosse provides new, dangerous choreography and perfectly created the atmosphere of increasing threat and political danger of 1931 Berlin.  Joel Grey very nearly steals the film with his sexually ambiguous, frightening, vulnerable performance as the Emcee.  Oscars were earned for Grey, Minnelli and Fosse. (Extract: https://www.youtube.com/watch?v=hBlB8RAJEEc)Hair (1979)

Hair changed the world of Musical Theatre, drawing heavily from the hippie counterculture and sexual revolution of the 1960s, with several of the songs eventually becoming real-life anthems of peace among the anti-Vietnam War movement.  The Rock-style of the score has changed the way Musical Theatre is seen and written, with the influence being felt in shows such as Jesus Christ Superstar, Rent and Spring Awakening. Milos Forman’s film features the exquisite choreography of Twyla Tharp (performed by her own company) and performances from a thrilling ensemble cast including Broadway and TV star Nell Carter. (Trailer: https://www.youtube.com/watch?v=tC0FRKPuZM4) The Producers (2005)

Beginning life as an Oscar-winning 1967 film directed by Mel Brooks, the 2001 musical opened on Broadway to rave reviews (and a record-breaking 12 Tony Awards) with songs by Mel Brooks and direction and choreography by the brilliant Susan Stroman.  Coming full circle, the Broadway production was adapted for the big-screen with much of the original cast reprising their roles.  Watch for the remarkable double-act of Gary Beach and Roger Bart, stealing every scene in which they appear. (Extract: https://www.youtube.com/watch?v=IiryTUCtLNA)Elaine Stritch - At Liberty (filmed live at The Old Vic in 2002)

The late, great Elaine Stritch brought her career and her memories to the stage in this brave and moving one-women show, first performed in New York and then in London where, thankfully, it was filmed.  A masterclass for anyone looking to devise their own show or put together cabaret sets, Stritch is sad, funny, angry and fiercely intelligent.  A lesson in life as much as it is in art. (Full video on YouTube: https://www.youtube.com/watch?v=15a5jz6J0lM)Rocky Horror Picture Show (1975)

Starting life at London’s Royal Court, The Rocky Horror Show went on to long runs in the West End and in Los Angeles before being adapted for the big-screen, with Tim Curry  reprising his incandescent Frank N. Furter, now a legendary performance. Revivals of the stage-show are very popular and late-night screenings of the film have become an essential part of the Halloween experience around the world.  Listen for the remarkable vocals of Meatloaf as Eddie. (Extract: https://www.youtube.com/watch?v=bc80tFJpTuo)Sweeney Todd (1980)

That all-too-rare artefact, a perfectly filmed record of a Broadway show, performed in front of a live audience.  This performance features Angela Lansbury and George Hearn, both of whom played their roles on Broadway, filmed here in 1980 while the original Broadway Production was touring to Los Angeles.  Sondheim’s operatic and terrifying score has never been more vivid, and the performances of both leads still set a remarkably high benchmark for these roles. (Full video on YouTube: https://www.youtube.com/watch?v=-WyVSaXbPYY)Still with us? Excellent. Please do tell us what you thought, and if you have suggestions on how to improve the list, we’d love to hear them. And keep an eye out for our Top Five Things to Read post, coming soon… 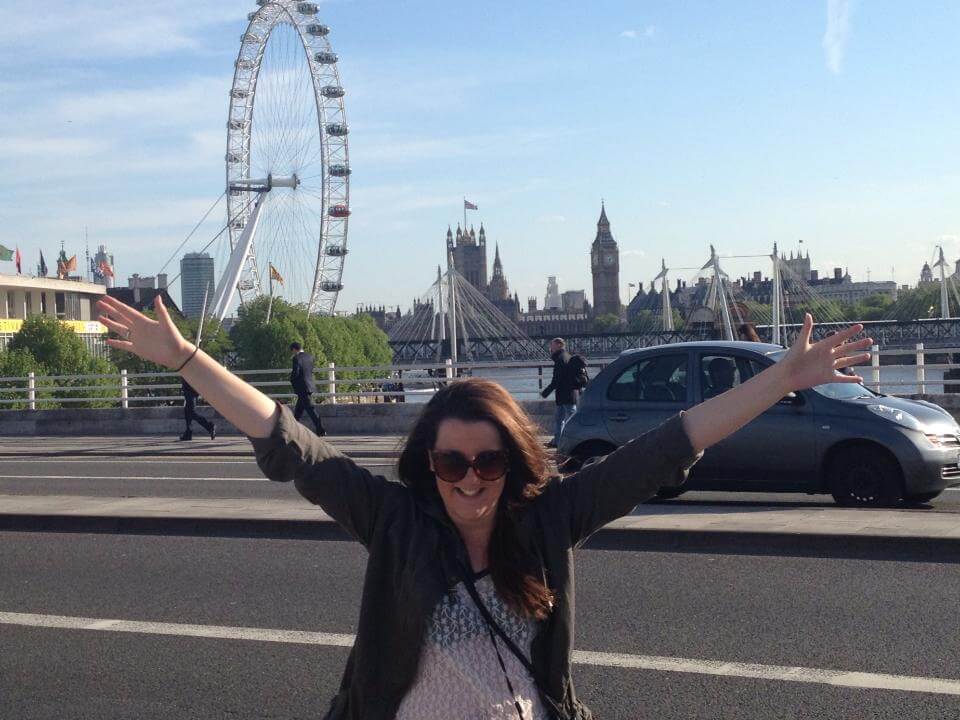 Articles
From Down Under to London