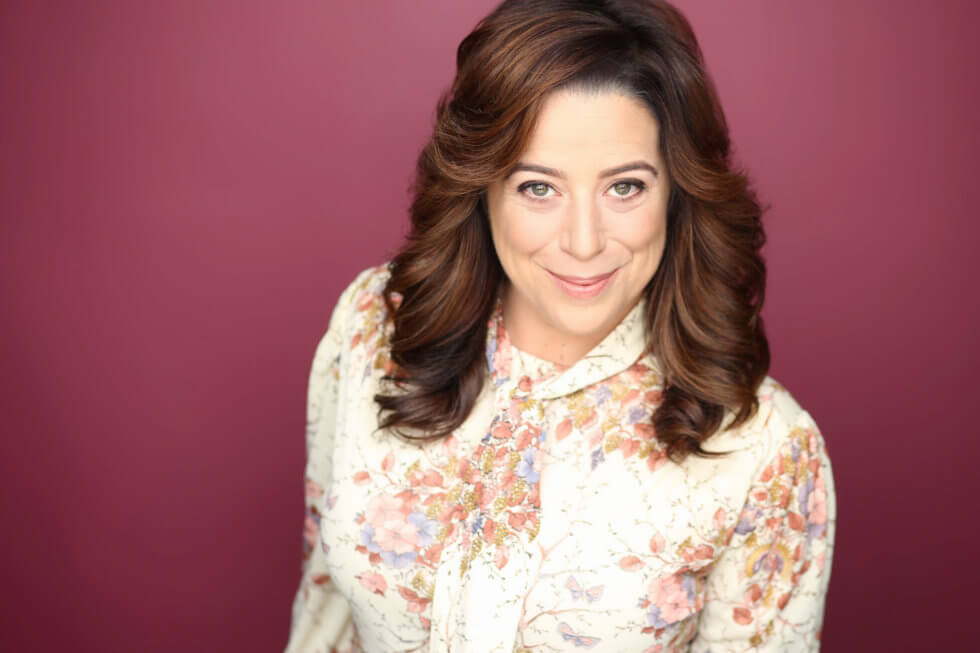 Every Tuesday evening, Associated Studios are live streaming Q&As with leading industry professionals. All of these events have been incredibly inspiring and uplifting in this difficult time, but tonight’s talk with Broadway performer, coach, and author Sheri Sanders was especially wonderful. She spoke openly about dealing with trauma, dismantling white supremacy and patriarchy within our industry, and leaving a mark by sharing your very own point of view.

The first question comes from our wonderful teacher Scott who is hosting the Q&A; he asks Sheri what she hopes people will take away from her book Rock the Audition. She starts off by talking about the theatre communities in London and New York – or, rather, how she always thought of them as one big family even though it is more of an ‘every man for himself’ situation. Sheri says that she wishes for more community and a safe environment, especially now as we have all been going through collective trauma. All of us will have to get into a relationship with our trauma and our artistry’ as she puts it, and she goes on to explain that while people think of her as the pop-rock girl, she actually sees herself as a problem-solver. The first problem she identified was that everyone was asking for popular music but nobody knew how to sing it, so she wanted to help. Then she saw the need for audition cuts and again decided to help. She didn’t just want to be an actor but someone who is of service to the community; there are a lot of problems within our industry that she cannot solve by herself but she wants to tackle those that are solvable and make life easier for everybody so their artistry can come out. Scott agrees that being a problem-solver is the very essence of being an artist and goes on to say that the media in the UK have been talking about the arts as not being viable, but that people are realizing now more than ever how essential the arts actually are to all of our lives. Sheri goes on to say that we all contain multitudes; we all have many gifts and talents, and it is essential to explore and not confine ourselves to just playing one role or to let other people tell us what we can and cannot do.

This leads Scott to ask a question from one of the students which is about Sheri’s experience with PTSD; in her opinion, is it something that has to be overcome, or is there a way of using it as a strength? Sheri says that, rather than overcome it, you can get into a relationship with it. The hypervigilance that can come with PTSD also means that she can tune into people as well as scripts and music; used correctly, it can make you a very good listener both to yourself and the world around you. Sheri also speaks about depression; she acknowledges that it can be a dangerous place to be in but that it often means that you need rest and that it is important to allow yourself rest in those times. Eventually, you’ll be able to use everything you have the experience to deepen your understanding and performance of a role. She encourages all of us not to leave ourselves behind in order to perform. Rather, we should start a song from wherever we are at that moment and see where it takes us; if we are supposed to deliver honest performances, we have to be honest with ourselves first.

The next question is whether Sheri thinks that the industry is changing its outlook regarding the inclusion of more LGBTQ* stories in musical theatre. She talks about how much she loves seeing young people speaking out and challenging old-fashioned norms and that she does believe change is coming, especially in film and television as they are more willing to take risks on new stories. Sheri is very optimistic that more doors will open up for people who have been excluded up until now, but she also talks about the importance of people with privilege to start listening and make spaces more accessible for everyone. This is also why she started teaching acting on camera for musical theatre in 2019. So much of our lives are now happening online which opens up new opportunities for performances, be that on TikTok or Instagram as well as online auditions, so MT performers have to learn how to work with a camera and tell stories in new ways. There will always be some resistance to change but it is our job as artists to find new ways of doing things.

Then there is a question about what the UK theatre industry could learn from the US and vice versa and there is also a question about what theatres, in general, can do better to be more inclusive to physically disabled and neurodivergent performers. Sheri explains that she believes that efforts to make theatre more inclusive seem to be better in the UK and that she wants the US to learn from that. She and Scott talk about the importance of safe spaces in training and how essential it is that we all look out for each other. Sheri is excited about the positive changes that are happening but also sad that it took so long. Her hope is that once theatre comes back – both in the US and the UK – casting will change in that it will no longer be about who is right for a role in terms of gender or skin color but who is right for the essence of the role. The people who hold the power and money need to be held accountable so that positive change can happen, but Sheri is very optimistic. She talks more about the trauma within our industry and how it has led to a lot of abuse. However, she believes that more awareness is being raised and conversations and healing are happening. It will take more difficult conversations and everyone has to do their part. Another question is about how to deal with sexism within the industry. Sheri’s answer is very simple: walk away and report it. Women have to stop competing with each other and work together because we will be so much more powerful when we are all united and lift each other up instead of tearing each other down.

Bands or lack of.

The conversation then moves to a question about navigating the lack of a band when performing a pop/rock song in an audition. Sheri talks about really studying the piece of music; not just your own track and the piano but what the band is doing in the original. She explains how important it is to know the history of the genre and listen to as many different artists as possible and then to bring all of that knowledge into your performance; you are not only the singer, but you are also the band. Another question is how a performer can leave their mark in an audition. Sheri says that it is all about sharing your own point of view; we shouldn’t just focus on how our point of view is similar to the character but also how it is different. Don’t be different just for the sake of it but embrace that you have your own truth that will be slightly different from other people’s.

Sheri also mentions that the new edition of her book will eventually be available in print but that she is still trying to get more people from different backgrounds involved in it so that everyone will be represented and because we are all constantly changing and evolving the book works well in digital form because it can change with the times. The last question is from Scott; he asks what Sheri’s next project will be, to which she replies that it is herself. She wants to focus on her own healing and growth, and she is excited to learn more about herself and how she can then help people in new ways because she did the work to take care of herself first.

I think I speak for all of us when I say that Sheri’s passion, knowledge, and raw honesty were touching, inspiring, and very much needed. Thank you to Associated Studios for organizing this talk and Scott for hosting it, and special thanks to Sheri Sanders for sharing her time and wisdom with us. 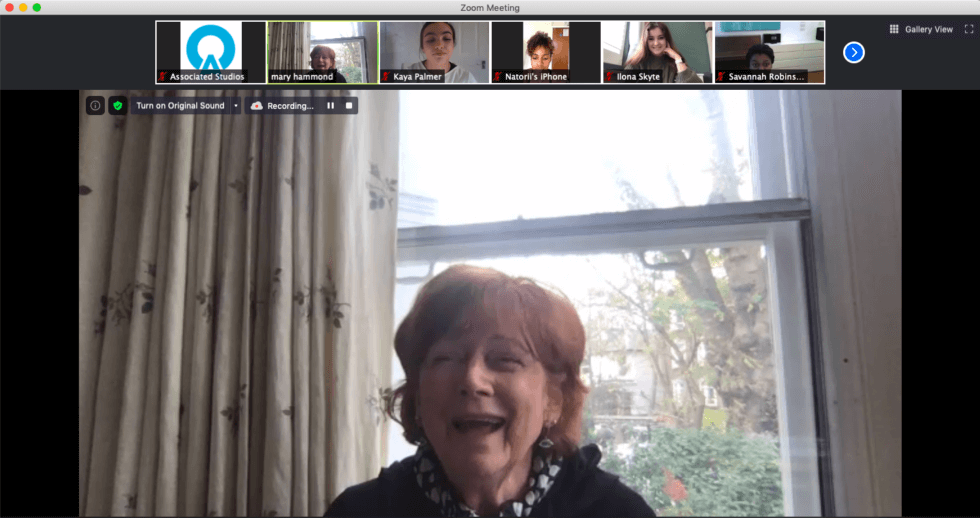 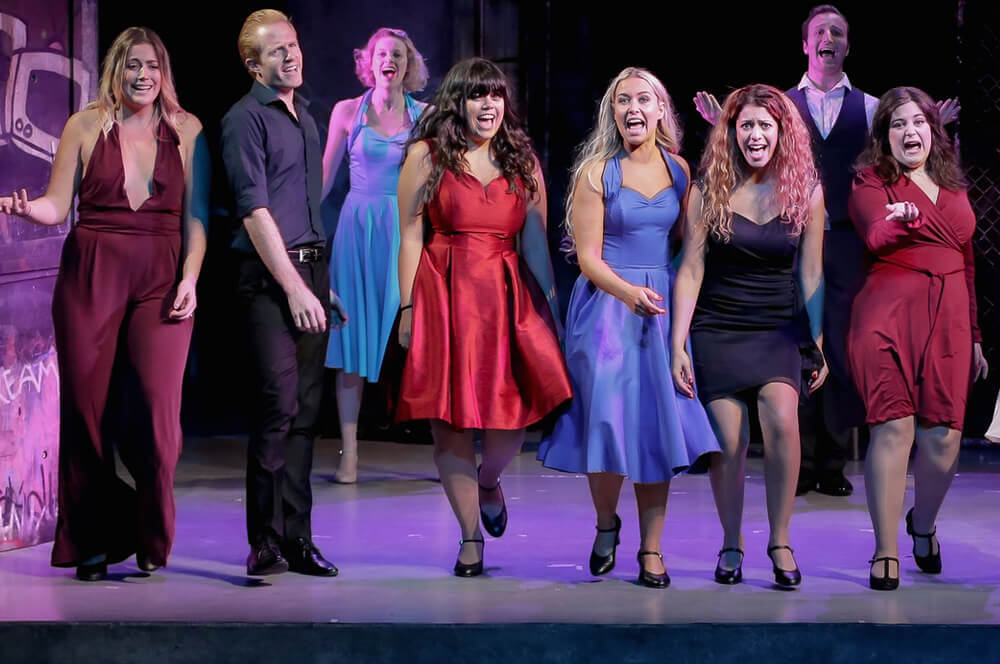 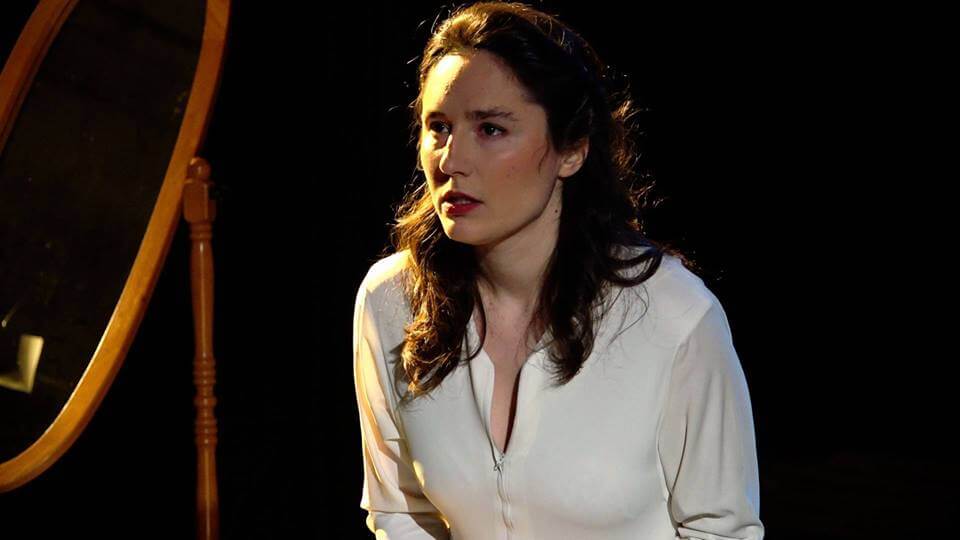