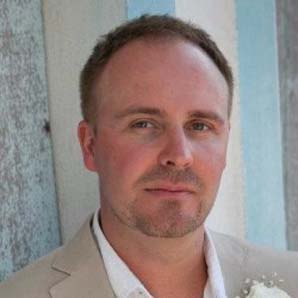 Mark Heller began his career as an actor and trained at the prestigious Liverpool Institute for Performing Arts, his degree was awarded to him by one of the founders of the university, Sir Paul McCartney.

After several years working both on screen and on stage Mark then started work as a director. Mark directed a number of plays in London’s West End, including the world premiere of The Diary at the Tabbard Theatre and Writers Block at the Players Theatre. Mark also work in the states and directed ‘Fiddler on the Roof’ and ‘Let it snow’ and the Beverly Hills theatre Los Angeles.Mark Heller made his move from stage to screen as behind the Scenes director on Stephanie Daley with Oscar winners Timothy Hutton, Tilda Swinton and Melissa Leo. In the same year Mark wrote and directed his first short Film Tomorrow which starred Daniel Franzese.

Mark directed his first feature film The Passage in 2006 which was produced by Lynette Howell of Silverwood Films (Half Nelson, Blue Valentine ) and Jeremy Kipp walker (Maria Full of Grace) The Passage starred Stephen Dorff and Neil Jackson and was accepted into the official selection of the discovery category at the Toronto film festival 2007. The Passage was also entered into the Durango film festival and won the Jury commendation award for best feature.