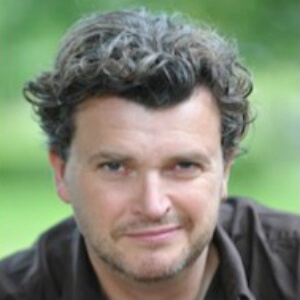 Film and TV credits include Sarah & Duck, Nuzzle & Scratch, Jesus Christ Superstar (x2!), Waking The Dead, Casualty, My Hero, The Two Of Us, Moon and Son, Bergerac and The Mrs Bradley Mysteries. He also had the character T-Bone created for him, one of the ‘rebel chefs’ in JustEat’s TV campaign.In the theatre he has appeared most notably as Caiaphas in the arena tour of Jesus Christ Superstar (out now on DVD!), King Leontes in Howard Goodall’s A Winter’s Tale, Farley Flavors in Richard O’Brien’s Shock Treatment, as well as The Fix, Oklahoma!, Moonlight & Magnolias, The Pirates Of Penzance, Chitty Chitty Bang Bang, Dr Dolittle, Jesus Christ Superstar (Lyceum), The Rocky Horror Show, The Mystery Plays, Buddy, Godspell, Fields Of Ambrosia, Frankenstein, Up On The Roof, A Funny Thing Happened On The Way To The Forum, Lautrec, Guys And Dolls, Betrayal, and many others…

He has also directed dozens of disparate productions including Bachelor Girls (twice for different companies), the first UK tour of Spring Awakening (nominated Best Musical, Manchester Theatre Awards 2012), as well as Newley – The Fool Who Dared to Dream at Highgate, Merrily We Roll Along and Private Lives at Arts Ed, Cabaret and Lucky Stiff at GSA, a hedonistic retelling of Godspell, a gothic punk A Midsummer Night’s Dream at the Man in the Moon in Chelsea, Missing Mel which transferred from Edinburgh to the Cochrane Theatre in London, and his own adaptation of The Brothers Lionheart which achieved a MUST SEE stamp at Edinburgh and was the No.1 Children’s Theatre Recommendation. He also directed the winning entry at the Kenneth Branagh Windsor New Writing Award for two years running, with The Last Laugh and Fairy Lights.He has also judged the competition twice.

At 25 he became one of the youngest Headmasters ever when he took charge of the Corona Academy of Theatre Arts in London, and since then has been Director of Musical Theatre and Head of Drama at different colleges whilst teaching for many others.

Pete is also a prolific writer, with three of his projects being showcased in 2016 – Fanny Hill, A Teenage opera and 6 Ways. His musical Chasing the Dream was featured on Britain’s Got Talent and reaching the live semi-finals. Other projects include the children’s book Gribblum Tales,musicals The Christmas Shop, Face2face (showcased at the RSAMD and in America) and The Brothers Lionheart, and plays What Goes Around, The Cryptic Lines and Tongues, while his biog of a legend, Feeling Good – The Anthony Newley Story is planning to tour soon. He is currently working on Ginger, his first feature film.

As resident drama coach on Any Dream Will Do, he trained aspiring Josephs in Andrew Lloyd Webber’s TV talent show, and was ‘the miracle worker’ who trained Gethin Jones on Strictly Come Dancing to the highest score ever! He also drama trained Sky TV’s Gladiators in preparation for their second series.