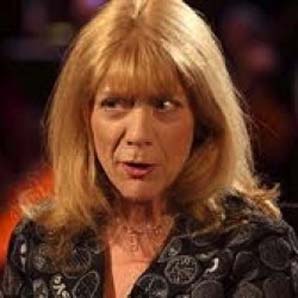 Mary King’s career has encompassed a wide range of roles, including that of performer, teacher, coach and most recently broadcaster and writer. A popular and highly experienced mezzo soprano, Mary has worked with leading conductors and numerous orchestras across the world, and has made a particular feature of the contemporary classical repertoire.

Mary King first studied English at the University of Birmingham, and after gaining a PGCE at St. Anne’s Oxford, taught Humanities and Music at Gosford Hill School in Oxford. During this time she sang with the vocal groups the Clerkes of Oxenford and Schola Cantorum. She then won a place on the postgraduate Opera Course at the Guildhall School of Music and Drama, becoming a pupil of Noelle Barker. Post Guildhall, Mary continued her studies with the renowned coaches Paul Hamburger, Janice Chapman and David Harper.

Mary’s versatility as a performer has allowed her career to encompass a wide range of vocal genres, from opera, oratorio, chamber music and recital through to musical theatre and straight plays.She has had a long involvement with outreach and teaching, working with all the major companies in the UK as well as running training programmes both at home and abroad. During Mary’s long association with English National Opera, she devised and ran a highly successful performance skills course, ‘The Knack’, for eleven years, and between 2004 and 2006 she was also an Artistic Associate for the company.

In September 2006, Mary became Head of Singing at Millennium Performing Arts, now based in new premises in Woolwich, South East London. In November of the same year, she was also appointed Director of Voicelab, a new initiative at London’s Southbank Centre. From casting for professional projects (Carmen Jones, 2007), to creating and training numerous choirs and small ensembles, Mary is at the heart of vocal activity at the Southbank Centre, encouraging vocal talent in all its manifestations.Mary is increasingly widely known through her work on television and radio. She was one of the driving forces behind Channel 4?s critically acclaimed and award-winning Operatunity, a five week television series introducing opera to the wider public. This was followed by Musicality, also on Channel 4, a five part series on music theatre. She appeared as the expert analyst for the Cardiff Singer of the World competitions in 2005 and 2007, shown extensively on BBC Television, and performed the role again for the 2009 competition. She is a regular guest presenter on BBC Radio 3, and she has been one of the judges on the 2006 and 2008 BBC Radio 3 Choir of the Year competitions.

Mary is also in demand as a writer. In 2007 The Singer’s Handbook (Faber) was published, co-written with Anthony Legge. This has been followed by the first two parts (English and French repertoire) of a projected series of selected vocal repertoire collections with coaching notes, The Boosey Voice Coach (Boosey & Hawkes). The German repertoire volume is in production.

Mary King is an Honorary Associate of the Royal Academy of Music, an Honorary Fellow of Rose Bruford College and she has recently been made a Fellow of the Northern College of Music.