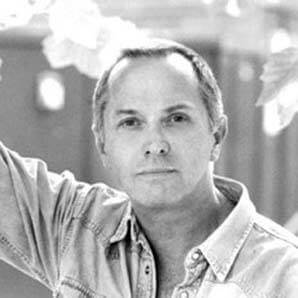 Kenn Oldfield has worked as a Performer, Choreographer, and Director in Theatre Films, TV, Commercials, Corporate and Gala events in the UK and the International Arena.

His work as a Director / Choreographer includes: Chicago, Can-Can, Candide, The Full Monty, My Fair Lady, Joseph And His Amazing Technicolor Dreamcoat, Singing In The Rain, Barnum, Little Shop Of Horrors, Guys & Dolls, West Side Story, Grease, Call Me Madam, Mr. Cinders, The Fantasticks, Lady Be Good, Babes In Arms, Privates On Parade, Stepping Out The Musical, Cabaret, What About Luv, Closer Than Ever, The World Goes Round, The Mikado, Side By Side By Sondheim, and numerous Pantomimes starring Ronnie Corbett, Jimmy Tarbuck, Julian Clary and many stars from Theatre and Television. Kenn had a huge success with My Fair Lady, Chicago, and Guys And Dolls in Tel Aviv.In 2006 Kenn Oldfield Directed and Choreographed Oklahoma at the Arnaud Theatre Guildford. 2007 he worked on the musical Trelawny and Just So, Working, and The Black and White Ball, Kings Head Islington.

Kenn was Movement Advisor on the Harry Potter Film The Prisoner Of Azkaban. His work has covered the spectrum from Musicals and Opera to BBC TV classics including Allo Allo, Hi De Hi, You Rang My Lord, Oh Dr. Beecham, An Audience With Ronnie Corbett., LWT, The Michael Ball Show, LWT, the National Tour, and The Musicals At Christmas, at The Royal Opera House Starring Michael Ball.He trained at Ballet Rambert, and in New York City. He has taught at The Royal Academy Of Dramatic Art, The Guildhall School Of Music and Drama, and The Guildford School of Acting.Kenn performed in the original productions of A Chorus Line, Chicago, and numerous musicals in London and on the International stage.

Kenn created the musical staging for The Jungle Book, and The Horrible Histories. His West End work as a Choreographer includes: Romeo And Juliet (RSC) Can Can, (with Donna McKechnie, Windy City, Stop The World I want To Get Off, Noel And Gertie, and scores of musicals including; Boys From Syracuse with Judi Dench, winning the prestigious Olivier Award.

Kenn Oldfield Directed and Choreographed Oliver at the Tel Aviv Opera House, and Belle, or The Ballad of Dr Crippen, Red Hot and Cole, Kiss Me, Kate, Fiddler on the Roof at the Yvonne Arnaud Theatre Guildford, and Choreographed the 2009/10 Stepping Out UK Tour. Peter Pan the Musical in Geneva, and Barmy Britain Garrick Theatre London. The Hot Mikado Electric Theatre Guildford, Merrily We Roll Along.