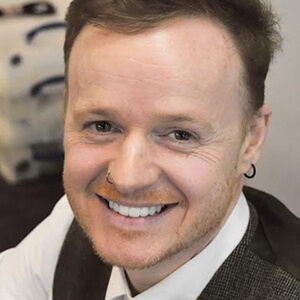 JBR is a London-based agent with over thirty years experience in the industry. In that time, they have directed, produced, written, dramaturged, coached, and acted in radio, film, TV, stage, musicals, and opera. For a number of years, they were the editor of the UK’s only magazine aimed at emerging industry talent, “Fourthwall & The Drama Student.” In addition to writing and agenting, JBR is also an acting coach working with a number of U.K. drama schools and operating a private one-on-one practice in acting and industry survival skills.