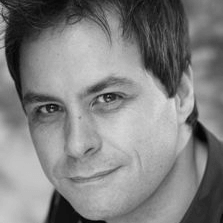 Television and radio includes The Royal Variety Show, The Olivier Awards, The One Show, I Dreamed a Dream – The Susan Boyle Story, This Morning, The Alan Titchmarsh Show, The Passions of Girls Aloud, The Graham Norton Show, Elaine Paige on Sunday, Wogan.

He won the BritishTheatre.com Award for Best Musical Director (2014).