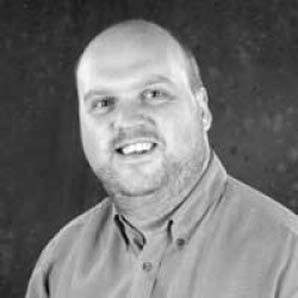 The English bass, Graeme Danby, was educated at the Royal Academy of Music in London.Graeme Danby has performed at several of the world’s leading opera houses, notably the Royal Opera House, Covent Garden and the English National Opera. He is known for his strong, dramatic portrayals of characters in the basso profondo repertoire.

In 2003, his rich and resonant bass was heard to advantage in the role of Lorenzo in I Capuletti ed I Montecchi conducted by Sir Richard Bonynge. This appearance was one amongst many in major roles for English National Opera, which include Don Basilio in Rossini’s Il Barbiere di Siviglia; Dulcamara in Donizetti’s L’elisir d’amore; Somnus in George Frideric Handel’s Semele; Quince in Benjamin Britten’s A Midsummer Night’s Dream; Collatinus in B. Britten’s Rape of Lucretia, Poo-Bah in Gilbert & Sullivan’s The Mikado; Sarastro in Mozart’s Die Zauberflöte; Bartolo (Le nozze di Figaro); Sacristan in Puccini’s Tosca; Pistol in Verdi’s Falstaff and Ribbing in Verdi’s Un ballo in maschera.

Graeme Danby performs regularly at the Royal Opera House, Covent Garden. In Spring 2005, he sang the major role of Charrington in Lorin Maazel’s Covent Garden commission of 1984, a part written especially for him. In 2006, he sang the role of Sacristano in Covent Garden’s production of Tosca, alongside Angela Gheorghiu, Marcello Alvarez and Bryn Terfel. In 2007, he took the role of Gonzalo in Thomas Adès’ The Tempest. Further roles include the Marquis d’Obigny in La traviata, Billy Jackrabbit in La fanciulla del West and Second Armed Man in Die Zauberflöte.

Further British engagements also include Bartolo in Mozart’s Le nozze di Figaro for Opera North and Garsington Opera; Collatinus in B. Britten’s Rape of Lucretia at Buxton Festival; and Sacristan in Tosca, Bosun in Billy Budd, Benedict in La Vie Parisienne and Masetto in Don Giovanni for Scottish Opera. In the 2002-2003 season, Graeme Danby made his Glyndebourne debut as Antonio in Le nozze di Figaro, subsequently recording the role for Chandos Records. He also made his debut at the Gran Teatro del Liceu, Barcelona in the role of Brag in Purcell’s Fairy Queen.

European engagements have included Brag in Purcell’s The Fairy-Queen at the Gran Teatro del Liceu, Barcelona; Somnos in Semele. In 2003-2004 season, Graeme Danby made his debut at the Opera National du Rhin, Strasbourg in the role of Xuthus in Param Vir’s Ion. In 2006, he made his debut with De Vlaamse Opera in the role of Somnus. He returned to the company for their 2007-2008 season in the role of Bartolo in Le Nozze di Figaro. He sang at La Scala, Milan as Snug in B. Britten’s A Midsummer Night’s Dream.

Further roles in 2007 and 2008 included Sarastro, Poo-Bah, Zuniga, the Doctor in Punch and Judy and Czar Ivan in Candide with English National Opera and Billy Jackrabbit in La Fanciulla del West with the Royal Opera Covent Garden. In 2009, Graeme Danby made his debut at La Scala in the role of Snug. Further recent engagements have included Theatre Manager in The Gambler at the Royal Opera House, Covent Garden and Swallow in Peter Grimes with De Vlaamse Opera.